ABC’s “The Middle” is one of those sitcoms I watch and am guaranteed a good laugh.  If you’ve never seen it before, it’s a fun, quirky sitcom about a middle class family (The Hecks) living in Orson, Indiana, who find a way to keep their family intact with just a sense of humor, imperfect parenting skills, and some good old fashioned lowered expectations. 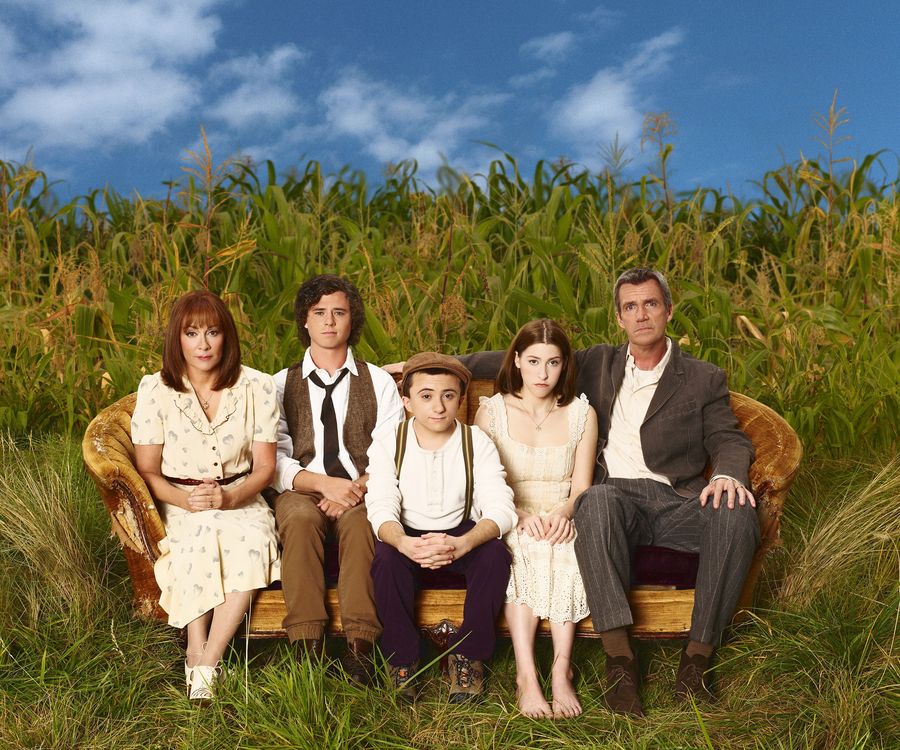 The mom, Frankie Heck, is played by Emmy winner Patricia Heaton (from Everybody Loves Raymond) is a harried wife and mother who works as a dental assistant.  Frankie’s unflappable husband, Mike, is played by Neil Flynn (from the show Scrubs. He works as a manager at the local quarry and her sardonic partner in the daily grind that is raising their average – yes, most definitely average – family.

Behind the scenes on the set of The Middle 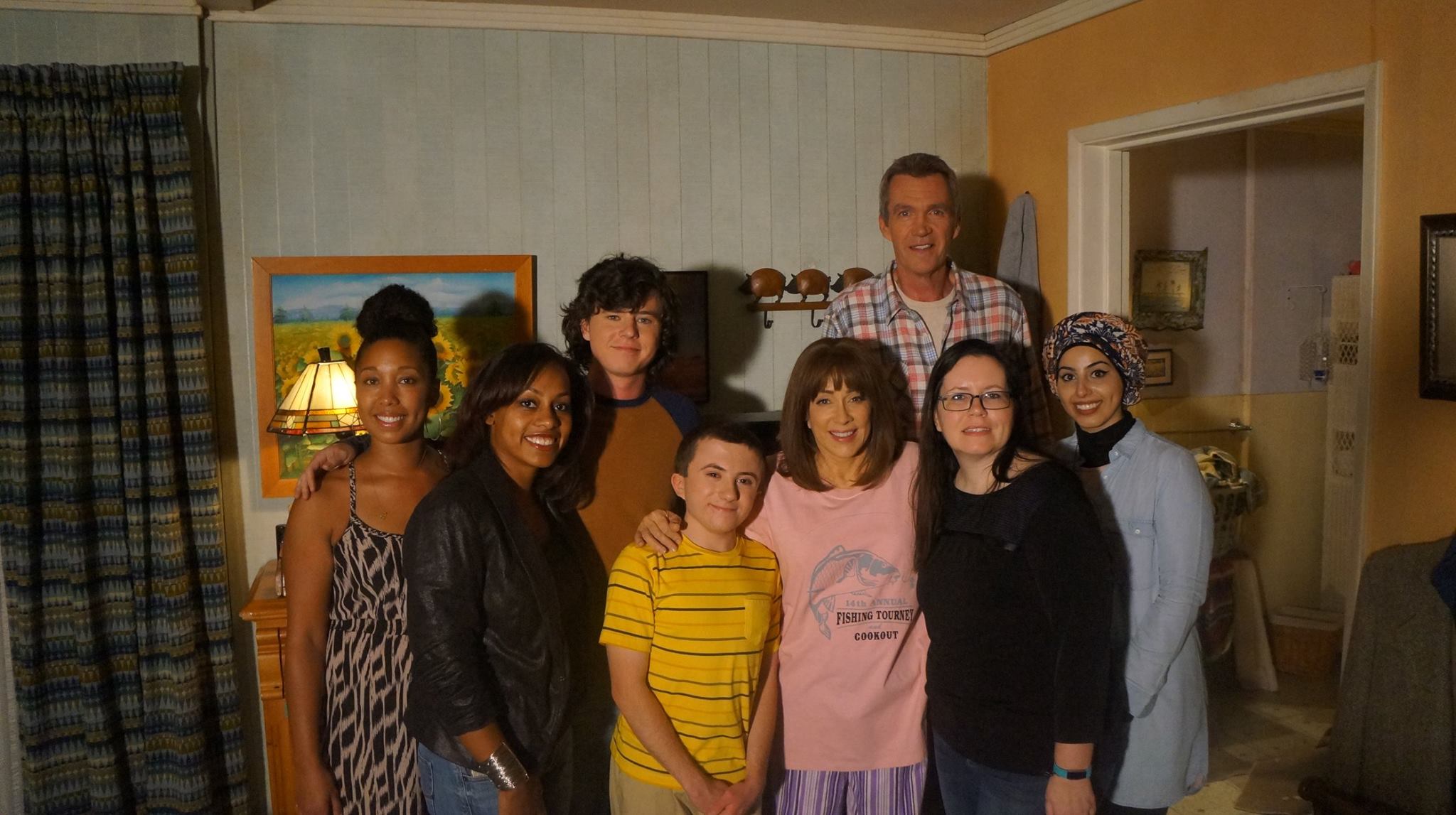 I got a chance to visit “The Hecks” on the set of The Middle during my last trip to Los Angeles for the ABC TV Event.  They were all so friendly and seem like a fun group to work with for sure. 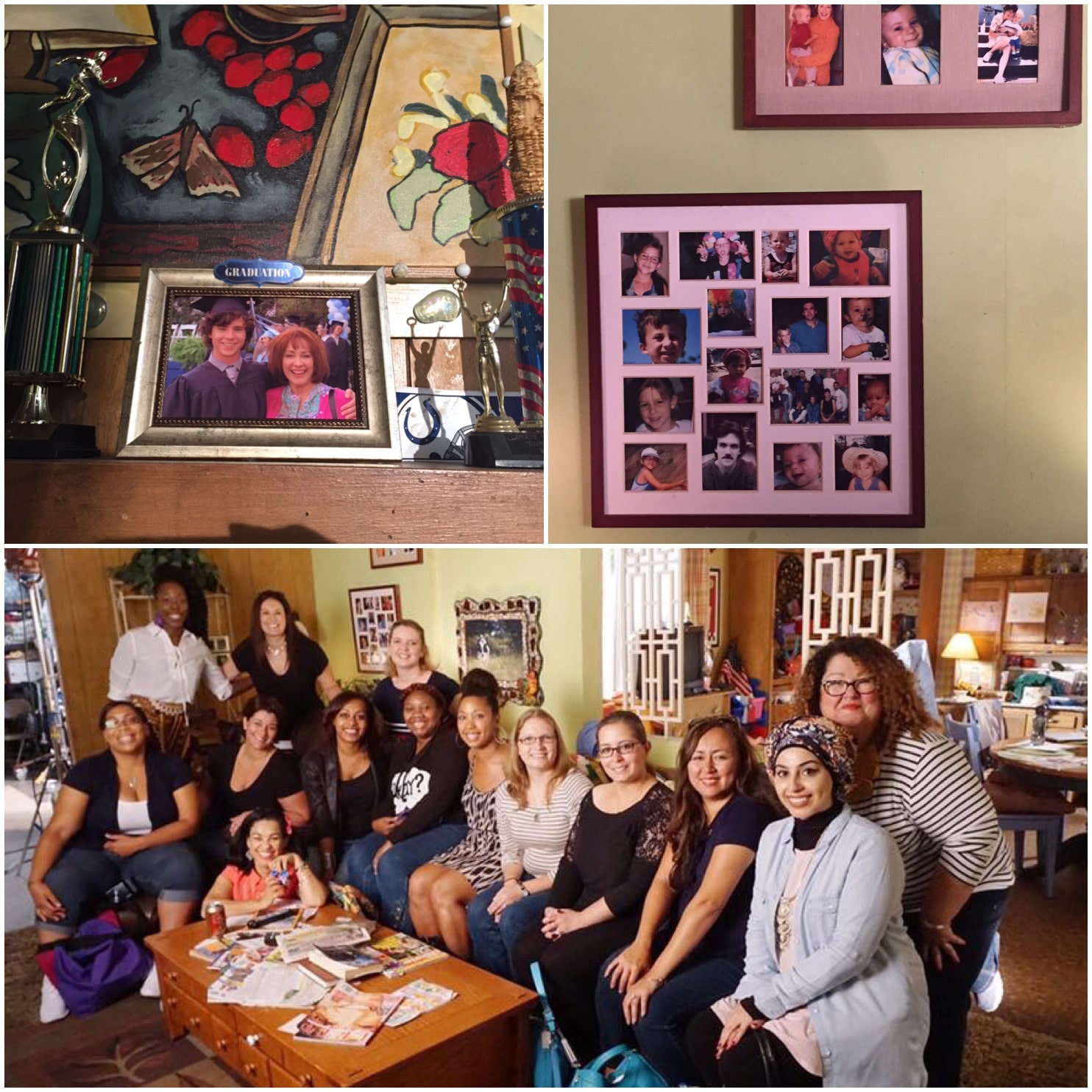 Hanging out in the Heck Family Living Room

Another cool experience, I can’t say I’ve ever done before, was a visit with The Middle’s Costume Designer, Julia Caston and a tour of the costume trailer that eerily felt like we were in the real life closets of each Heck family member. Let me tell you…If you thought costume designing was as simple as throwing a few outfits together for the cast, you are wrong!  She let us in on some really interesting tidbits for what it takes to manage the wardrobes for such a successful show. Here are 3 cool facts:

Best of all, I got a super exclusive sneak peak of the season premiere of “The Middle.”

Of course, I can’t give away any spoilers, but I can tell you it’s a riot.  On the season 8 premiere episode, “The Core Group,” Frankie and Mike are excited to finally meet the love of Axl’s life, “April,” who was announced in the season finale.  Surprise! She’s quite the character, as you’d expect from this show.   Meanwhile, we find that Sue gets hit after getting bit by the acting bug while working at Dollywood over the summer and wants to change her major to theater…or something.  Brick, the eternal outsider, starts high school and is making it his mission to try for a fresh start and not be considered one of the weird kids. See how that goes!

Be sure to check out all of the hilarious sitcoms on ABC’s Tuesday night lineup:

Here's what your family will love about the UniverSoul Circus Experience!
Hannah Beachler & Ruth E. Carter talk Black Panther Design
5 fun things to do with the whole family – all under one roof! @MyMainEvent #EatBowlPlay
Moana Family Movie Night & In Home Viewing Party!