I shared with you guys a while ago about the incredible opportunity I had last year to take a secret visit to the set of Captain Marvel. It never gets old for me seeing how the film to life and seeing snippets from my experience. Now that we have Captain Marvel on Blu-Ray and the digital release, that it’s available on Digital and Blu Ray, I get to relive it all over again! 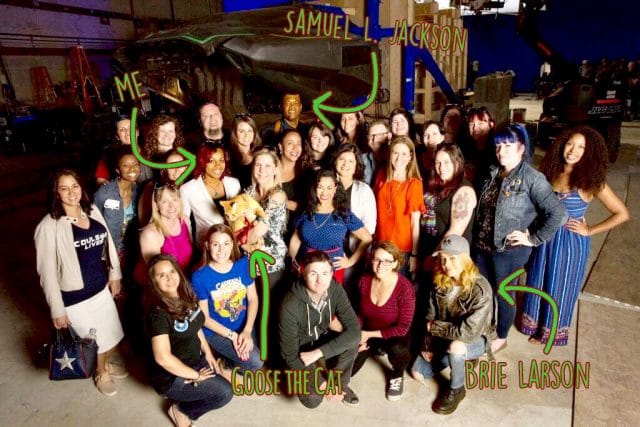 In case you haven’t seen it yet, here’s brief synopsis of Captain Marvel:

Set in the 1990s, “Captain Marvel” is an all-new adventure from a previously unseen period in the history of the Marvel Cinematic Universe that introduces the MCU’s first stand-alone, female-franchise title character—Carol Danvers aka Captain Marvel. When we first meet Danvers, she already possesses her superhero powers, having left her earthly life behind and become a member of an intergalactic elite Kree military team called Starforce, led by their enigmatic commander, Yon-Rogg. But after Danvers has trained and worked with the Starforce team, and become a valued member­, she finds herself back on Earth with new questions about her past. While on Earth she quickly lands on the radar of Nick Fury, and they must work together against a formidable enemy in the form of the Skrulls—the notorious Marvel bad guys made even more dangerous by their shape-shifting abilities—and their leader, Talos, who is spearheading a Skrull invasion of Earth.

Captain Marvel is based on the beloved Marvel comic-book series, “Captain Marvel,” first published in 1967.  If you want to brush up on your Marvel Comics trivia, check out these 13 Facts about the Original Captain Marvel.

With the digital release, there are always even more fun surprises and footage to explore. And you’ll find a ton of cool bonus features from Captain Marvel.  Here’s a list of what you’ll find with the in-home release: 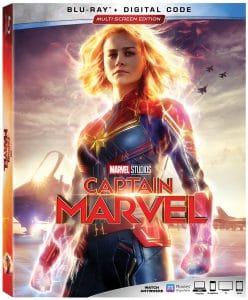 For more fun Marvel Facts, check out these 25 Best Female Marvel Superheroes and Villains of all Time!

Growing Up McGhee Season 2 @UPtv
5 Unconventional Rules For Lounging Like A Princess
5 fun things to do with the whole family – all under one roof! @MyMainEvent #EatBowlPlay
Cast of Black Panther and Official Trailer!

« Universal Studios Orlando Rides that are worth the wait
Tennessee Aquarium – Georgia Aquarium | What are the differences? »