It was a Q&A for the entire cast, hosted by Nichelle Turner of Entertainment Tonight, covering a variety of topics surrounding the film and its production.  I had just one big burning question I needed answered… 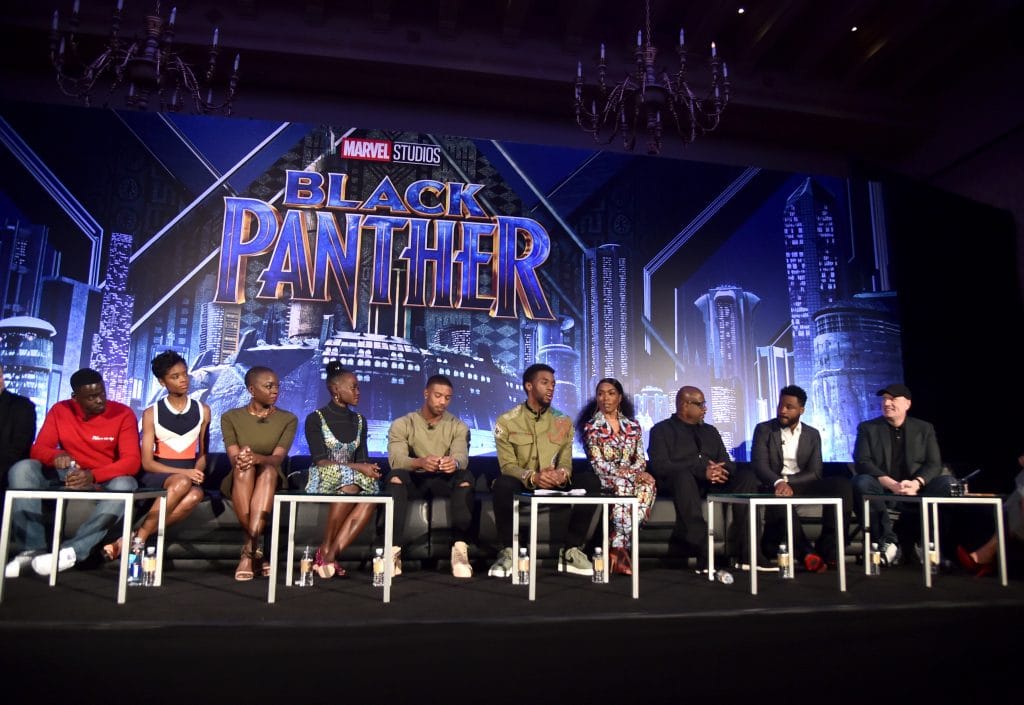 Dating back to Captain America: Civil War when Black Panther was first introduced, I found it pretty fascinating that the effort was made to have the Black Panther character speak in an African accent. Of course, he’s from the fictitious nation of Wakanda, so it would make sense that his accent would not be westernized, but African accents are not very common in western films.  Other than Disney’s Queen of Katwe, I don’t know if I’ve seen too many other movies (that positively reflect African culture) so prominently feature African accents and dialects.  I’d also read that this was a very deliberate request from Chadwick Boseman that the character would be developed in this way.

During the press conference, I asked Chadwick just that!  Why was it particularly important for Black Panther to speak in an African accent? Here was his brilliant response: 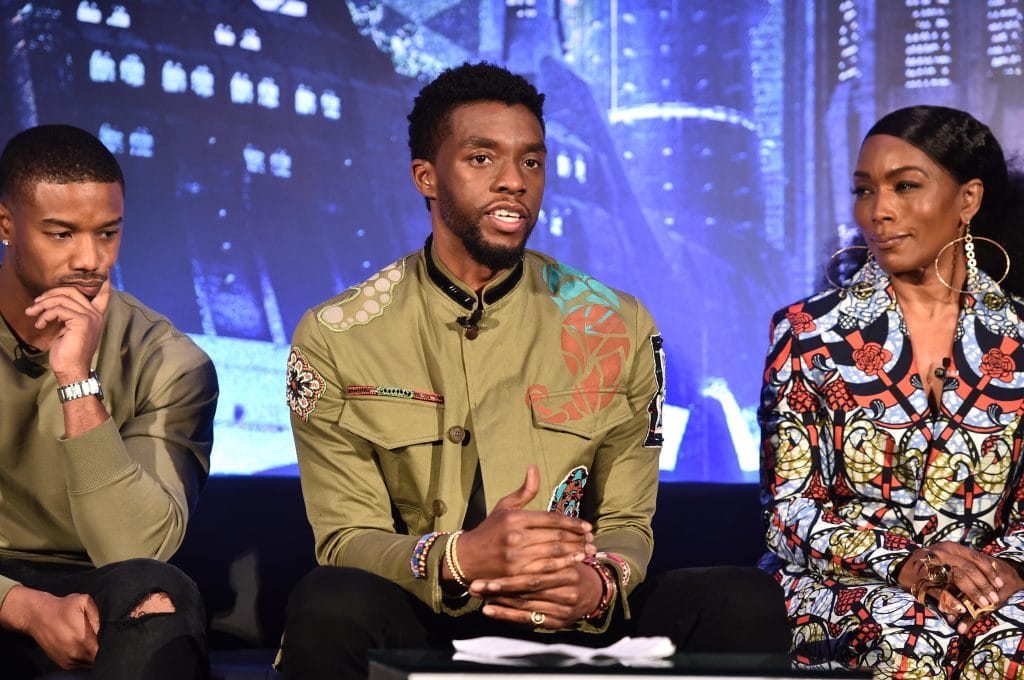 Chadwick Boseman on why Black Panther spoke in an African accent…

“You know I think as actors…when you’re trained,  you’re trained very often from a European perspective. What is considered great or classical is very often British and I happen to come from a background that does not believe that, you know?

I went to Oxford to study, but I went to Howard and we were taught to respect our writers and our classics just as much and believe that it takes the same skill level and same technique and sometimes techniques that are a little bit different to pull that off. And so I think you have to tell the stories and be true to yourself as an artist.

There was a time period where people were asking me questions about whether or not an audience could sit through a movie with a lead character who spoke with that accent, you know? And it was not Kevin [Feige] by the way, so just making sure you know that – people outside of Marvel- so I became adamant about the fact that that is not true. That the intonations and melodies inside an African accent are just as classical as a British one or a European one and that all of the emotions and aspects of a character can be shown and expressions can be shown through that accent and we have to take this opportunity to show that.

So he had to speak with an African accent.”

Check out the full Press Conference below (Chadwick’s response is around the 34:00 mark):

Marvel’s Black Panther is in theaters 2/16!

Check out my review of the film HERE!

9 facts we learned from Producer Roy Conli about the filming of DisneyNature's Born in China
Behind the Scenes at the Thor: Ragnarok Red Carpet Premiere
My girls got a message from Pumbaa from The Lion King!
What parents can expect from Disney Junior's Fancy Nancy series

« Does your family have a “Car Story?” #ThisIsUs #KiaFamily
Breakout Star Winston Duke and Andy Serkis on being the Black Panther villains you love to hate »