We had a chance to interview with Forest Whitaker – the Legend – during our recent Black Panther Event.  We had lots of questions and held on to every word.  See all of things I learned about this iconic actor below. 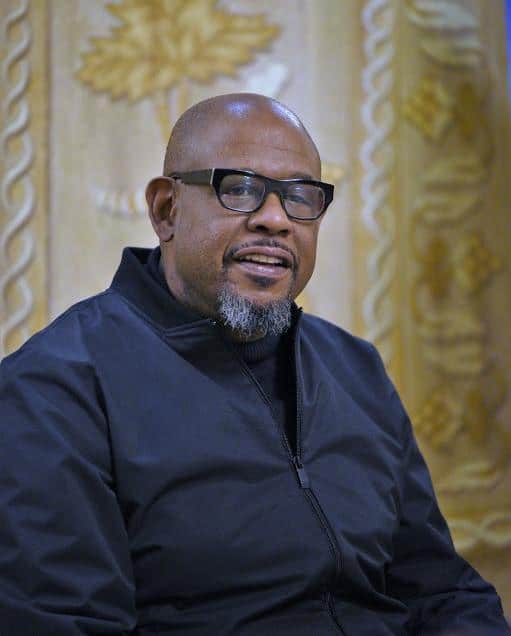 It’s no secret that Forest Whitaker is one of Hollywood’s most accomplished actors, directors, and producers. From his beginnings in Fast Times in Ridgemont High, Whitaker has moved on to a multitude of acclaim-worthy performances, including his Oscar winning role as Ugandan dictator Idi Amin in “The Last King of Scotland,” Lee Daniels’ “The Butler,” “Rogue One: A Star Wars Story”, and more to come! Now we get to see him as the character Zuri in Marvel’s Black Panther film, starring alongside Chadwick Boseman, Michael B. Jordan, Angela Bassett, Lupita Nyong’o, Letitia Wright and Danai Gurira.

One of the first things I noticed during our entire interview is the fact that Forest appeared to be everything we typically see in the characters he portrays – mild mannered, introspective and kind. Of course, in the movie Black Panther, he plays the character of Zuri, who is the spiritual leader of Wakanda and a good friend to former King T’Chaka. Zuri is also somewhat of a mentor to T’Challa, bestowing his knowledge and wisdom onto him. We wanted to learn more about his legendary career and how he came to be a part of the Marvel Universe.

Note: I tried my best to keep the big ones out, but there are just a few small spoilers in the interview.

You master quiet performances better than anybody else and you always leave a big impression. Is that something you’ve been really purposeful about doing?

FOREST : Yeah, I don’t know. I think it’s just like, trying to have the right thoughts and internal life when all of that’s going on. And hopefully, an audience will be able to feel what I’m thinking, and what’s going on inside, you know? That’s kind of what I do.

What was it like working on your first Marvel movie?

FOREST : It was exciting. I remember when we were at the Wakanda Falls/Warrior falls and it was so overwhelming because it felt like this hundred-foot waterfall was falling down around us. And this pool of water. And we’re bringing him out, out of this ship, and just… it’s just massive. It’s a very powerful, powerful experience. But when what I did with Chad inside, I really got to the get inside the emotional heart of it, too. So it’s more complete than a lot of other experiences in some ways.

You traced your African ancestry roots to Ghana. Did knowing that influence your portrayal at all?

FOREST : Yes, Ebo and Akan. I guess I did. The Jibari Tribe is like the Ebo Tribe. I didn’t fashion around him those 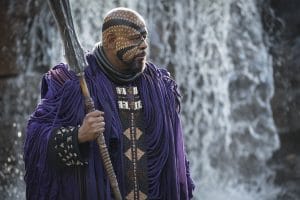 Your character was a part of the plot twist. Did you know that?

FOREST : When I read the script, I knew. I mean, when Ryan first gave it to me, they wouldn’t allow me to look at the script. They just would talk about the character and I didn’t really know about the twist then. I didn’t know about what would happen back in the US, and that I would be responsible for those sort of tragic events, you know?

Did you see this [impact of the movie] happening?

What do you do before going into character?

FOREST :  I’m always trying to do all the research. It’s kind of similar, you know. I do the research and I start to study the different people and the things that they do and meet different people and get different voices worked on. And then slowly it just comes together. I don’t know if there’s a magic formula. At some point, I can say, the magic formula for me is, at some point, I just surrender. I just say, “okay, this is your space, and let’s make it happen and do it.”

What was it like off camera working with the rest of the cast?

FOREST : Wakanda Falls was really interesting, because they were playing music, and the drummers would continue to play a lot between the takes. People would start singing and stuff, so it was like a real communal experience. Even when we weren’t working, a guy would start leading them in songs and it was something unlike any other.

Was this very different from the other films that you have been on?

FOREST : Yeah. It was. I mean, I had just finished the film that was kind of about the KKK, and it was a true story, and I was doing all my research and learning about what I needed to know to play this preacher. I studied being a preacher, I studied to understand how to express myself. I can’t compare the two experiences. One was, like, this guy trying to protect his family in the South and having to deal with this Klansman that he brings into his home. Every experience is really different. Every movie that I do, most of the time, is different, and then when it starts to get too similar, then I know that there’s something wrong.

And if I can’t feel a little fear about it, and I don’t feel like I’m going to change or grow from it, then it’s something wrong. 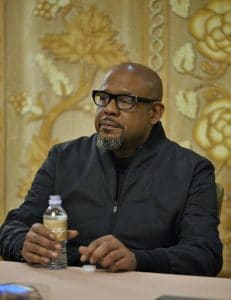 You always seem to play very serious roles. Is there a role that you would like to play where you haven’t been that serious?

FOREST : Oh. I don’t know. I do like comedy. I was working on Empire where I had these comedic scenes and stuff.

FOREST : Yeah, a couple of ’em. And so they were like, “Oh, you can do comedy.” But I’d done a couple of comedy movies a long time ago, like when I did Rage in Harlem.

Could you see yourself doing any other role in this movie?

If you had to choose one scene in the film that was the most impactful or powerful for you, what would it be?

FOREST : That’s really hard, because I love some of the stuff that just made me think. {Spoiler Removed}
Killmonger represents a lot of youth who get put in bad situations. He could have been a king, but instead, he’s fallen. He’s talking about incarceration and he says, “I’d rather die than be incarcerated” to take away all my freedom.”
It makes me get emotional, even thinking about it right now.

What were your thoughts after watching the film last night?

FOREST : I was blown away by the film. I don’t know if I expected all of the humor, and all the emotion, and all of the messages. You know? So, I was still trying to process it. I realized that I need to go see the movie a couple of times!

What messages do you hope viewers take away from this film?

FOREST : That we are our brothers’ keepers. That we have to, even in our own comfort, be able to reach out and help those and help others is important. One tribe is important.
I think the message of female empowerment, just both physically and mentally. Like I said about Killmonger, about our youth and how we’re molded by our environments, and how we have to step in and try to move those things forward.
There’s other messages, too, you know? Colonialism. Finding your own voice. Empowerment. I think the movie deals with empowerment, particularly for people of color, but for everyone.

So what’s next for you?

FOREST : Well. I have a few films coming out. I’m gonna let Burden come out, which we just talked about. I just produced one we just had one at Sundance, called Sorry to Bother You. I did this movie about Desmond Tutu, where I played Desmond Tutu. And of course, I’m waiting for this one to come out, and then Saving Steve McQueen. So, I think I just need to sit still for a second.

Forest Whitaker sitting still? We all had to laugh at that! 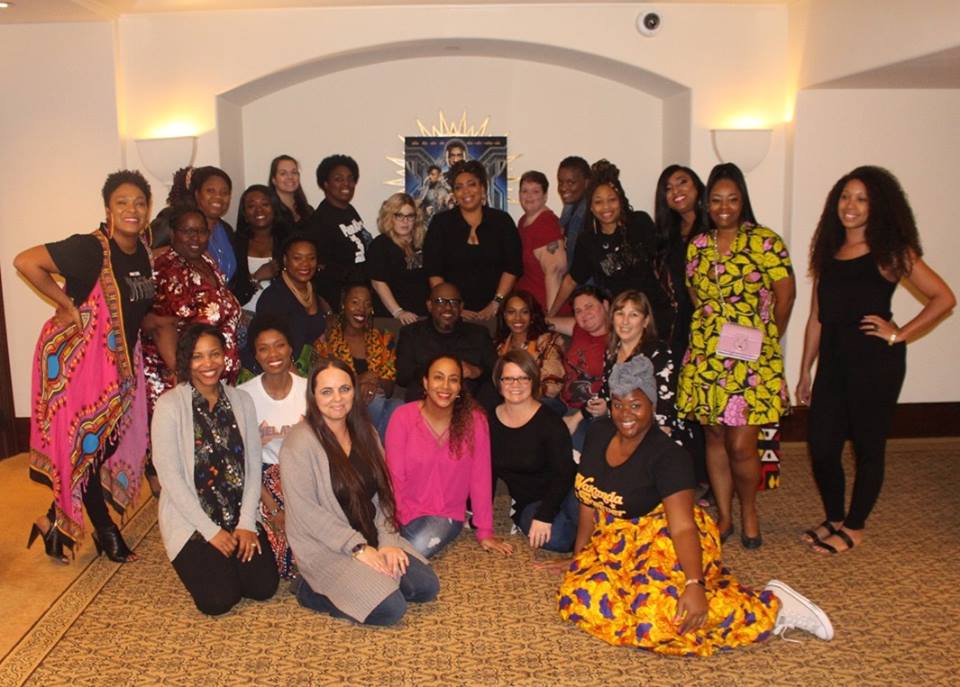 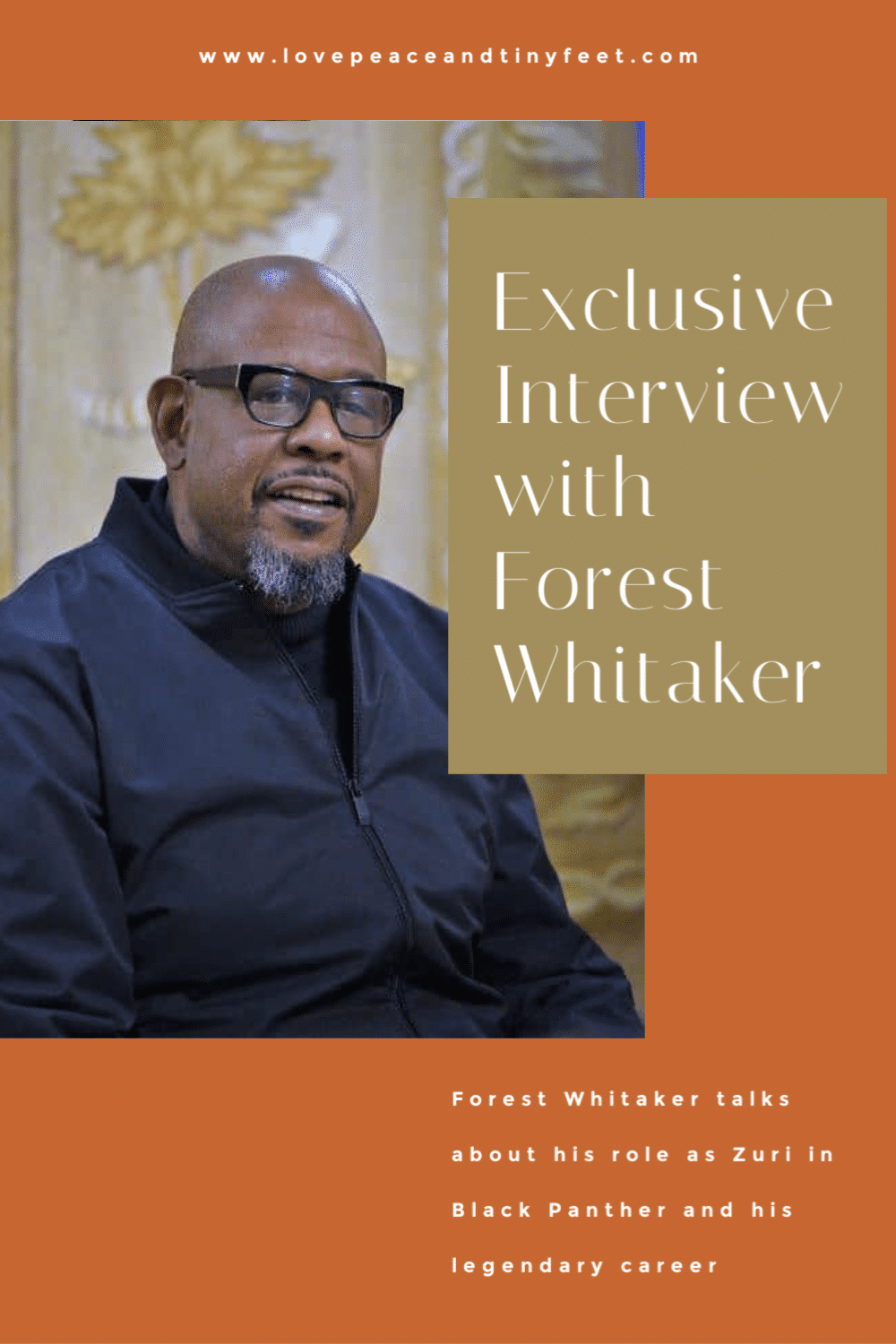 Michael Douglas on Suiting up in Ant-Man and the Wasp
Enter to win a trip to Red Carpet Hollywood Premiere of the Guardians of the Galaxy, Vol 2! #GotGVol...
What parents & kids can expect from the all new Disney Junior Puppy Dog Pals
Daniel Kaluuya and Letitia Wright talk Black Panther, the Black Experience and the Impact on Girls A...

« Lupita Nyong’o and Danai Gurira on the women warriors of Wakanda
Daniel Kaluuya and Letitia Wright talk Black Panther, the Black Experience and the Impact on Girls Around the World. #BlackPantherEvent »