Whether or not you’re a Marvel fan, there’s probably a lot you don’t know about the character of Black Panther and the land of Wakanda. Here are 13 fun facts about Black Panther to help you get acquainted with this iconic Marvel superhero. 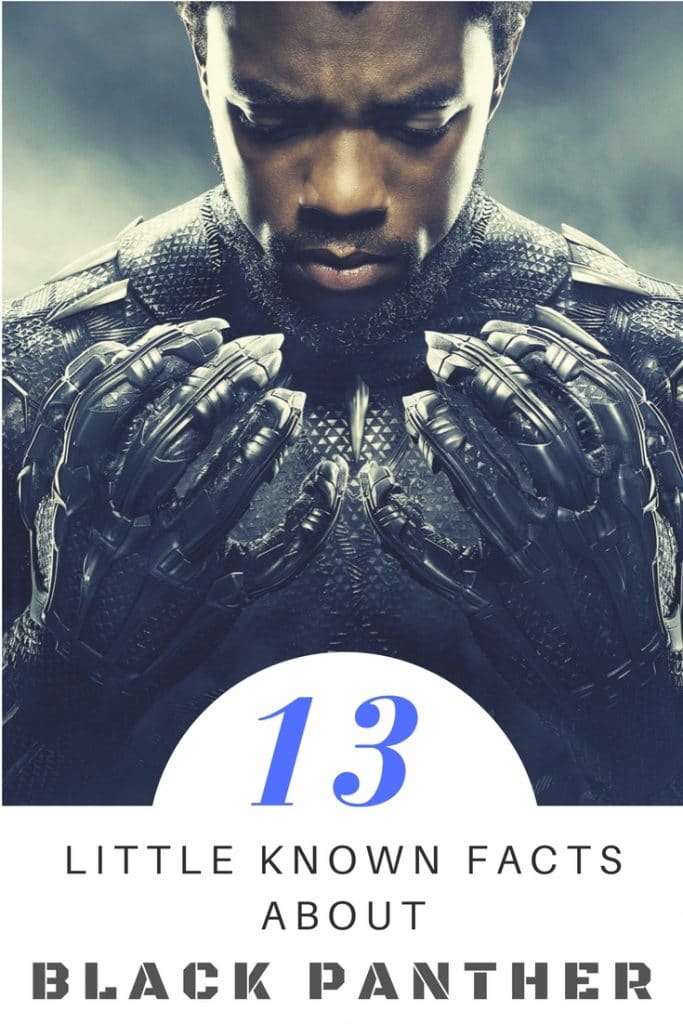 1. Black Panther was the first black superhero found in a mainstream comic book.

2. Black Panther was created by 2 of the founding fathers of modern comics, Writer/editor Stan Lee and Jack Kirby

4. Black Panther was once married to Storm from X-Men. Their marriage was annulled when Namor attacked Wakanda and T’Challa felt he had to focus more on being a king than a husband.

5. Black Panther has been on almost every Marvel superhero team – Fantastic Four, The Defenders, and an honorary X-Men due to his marriage to Storm.

6. The title of Black Panther is hereditary, as T’Challa’s father T’Chaka was one of the greatest Black Panthers ever.

7. Black Panther’s sister, Shuri, is also trained as a Panther and has had to step in as the Black Panther when T’Challa is incapable.

8. Black Panther is from a fictional African country called Wakanda. The vibranium mined in Wakanda makes it one of the richest and most technologically advanced nations on Earth.

9. Vibranium is not only the rare metal mined in Black Panther’s Wakanda, it’s also the metal that Captain America’s shield is made out of.

10. The warriors that protect Black Panther are known as the Dora Milaje and consist entirely of women. They only appeared for the first time in Black Panther Vol. 3 #1 in 1998.

12. Black Panther’s uniform is made up of…you guessed it…Vibranium

13. Having Black Panther speak in an African accent in the film was actually Chadwick Boseman’s idea. Learn more about his reasons for this HERE (skip to the 35:20 mark)

Knowing these fun facts about Black Panther will help you stand out among any true Marvel fan! Are there any that I missed?  Share those in the comments!