Earlier this month, ABC premiered its only new comedy for the season called The Mayor. It’s a hilarious sitcom 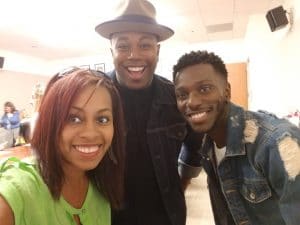 about a young man (played by Brandon Micheal Hall) who, in an attempt to get some attention and build his music career, decides to appear in a local mayoral debate and ultimately, gets elected as the Mayor. Along with his family and friends, he is now tasked with making some pretty important decisions that affect his community, all while still living at home!

During my recent #ThorRagnarokEvent, we had a chance to visit ABC Studios and sit with 2 of the hilarious stars from the show, Bernard Davis Jones and Marcel Spears. Our interview went pretty much just as the show does – we talked about some real life issues and how young people could and should feel empowered to make a difference in their societies – all while laughing hysterically! 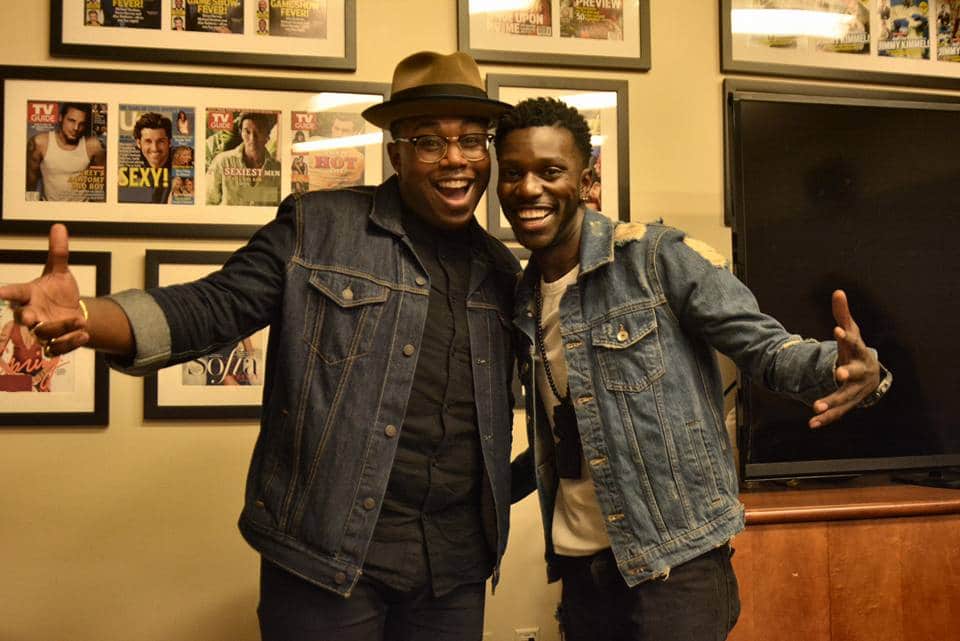 From the moment we walked into the room, the intense energy and warmth of these two guys was apparent. This is actually both of their first tv show experiences and you could immediately see just how humbled and passionate they are about this show. They gave us a look into what’s to come this season and some of the upcoming episodes that really resonated with them. I don’t want to give you any spoilers, but here are some things you can look forward to this season on The Mayor.

This really is a family show

We can all appreciate this. I’ve shared about some of my grief recently when watching what I thought was a family show with my kids and all of a sudden found myself being asked the question “Mommy, what is a sex toy?” by my 5 year old!

Not only is this a family show, but it’s a safe space for kids with characters your kids can aspire to become. Hellooo…a young African American city kid turned mayor? YES!

Marcel recalls growing up in an underprivileged neighborhood in New Orleans and how this show really speaks to his younger self. I can definitely relate to this sentiment.

Important issues addressed in a fun, non-exhausting or scary way.

Although this isn’t just an issue-driven show, it is centered around young people trying to be a catalyst for change in their communities. For example, in the episode we screened during our interview, the Mayor wanted to place a music program in schools and had to go up against the powers that be to push for that change.

Great chemistry between the characters

If you watch the show and believe that these characters really are as close as they seem, it’s because they are. The guys shared with us how well they all get along and support each other both on and off set. We were touched to learn that Yvette Nicole Brown, who plays the mom in the show, actually helped Marcus pay to get to New York and find and apartment. The guys were sure to point out how the women on the set were truly bosses (as we know), but were still just like big sisters to them. We had to know what it was like to work with David Spade who plays Councilman Ed Gunt (also the antagonist in the show) and learned that he is just as much of a fun loving, down to earth guy we thought.

As I mentioned earlier, the whole premise of the show was how the character of the Mayor drummed up this publicity stunt to promote his music career. So, naturally, the music is a part of the show. All of the songs from the show are also available on iTunes, Spotify, etc. 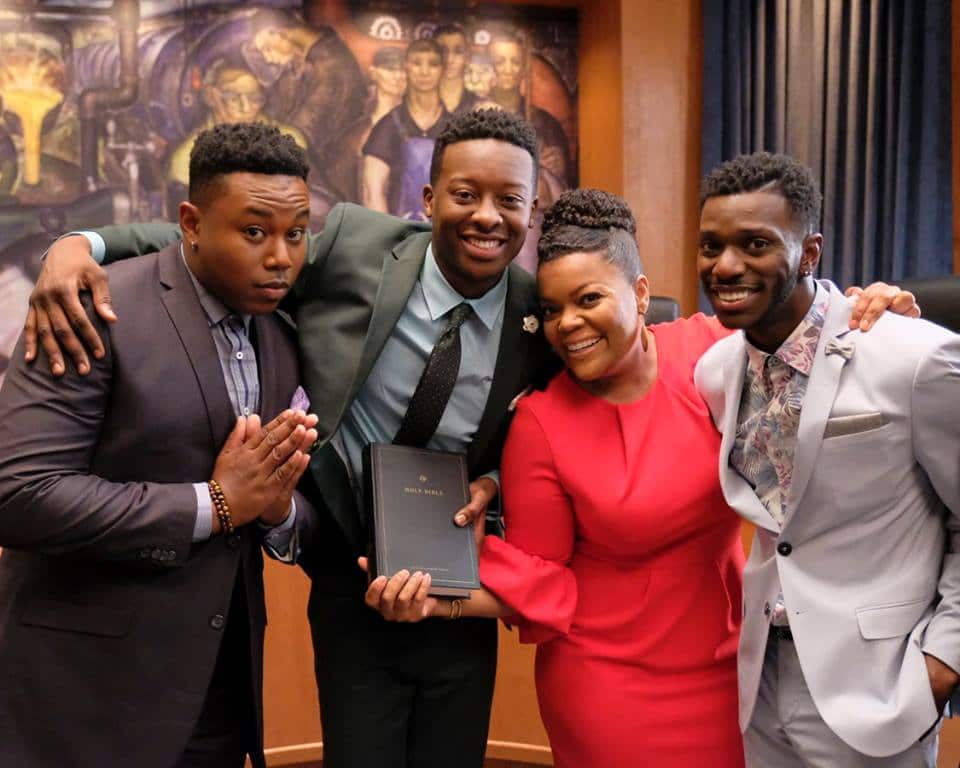 Have you seen it yet? I’d love to hear your thoughts on the show in the comments!

13 Cars 3 Fun Facts to Know Before You See It On BluRay... #Cars3BluRay
Marvel's Victoria Alonso proves that the biggest superhero of all is The Working Mom!
Watching Descendants 3 while still mourning the loss of Cameron Boyce
A Night with the Marvel Stars at the Avengers: Infinity War Red Carpet Premiere in Hollywood