I’d never done an actual virtual reality experience before, but I’m pretty sure the Ralph Breaks VR has set my bar really high for all others.  From navigating the space to a fun gamification integration, Ralph Breaks VR reality tour for all of the senses!

This is a brand new hyper-reality experience based on the film that’s produced by ILMxLAB in collaboration with the Void! As the first of 5 hyper reality experiences based on Disney films, I’ll get to literally step inside the internet with pals Wreck it Ralph and Vanellope von 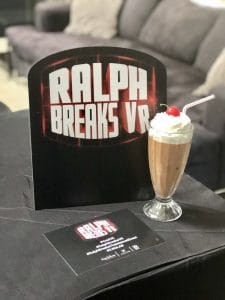 Schweetz. I’ll get to explore rich worlds, engage with compelling characters, embark upon heart-pounding adventures, and indulge the senses — experiencing the magic as never before!

I’ll admit, I thought I’d have some idea of what to expect when I entered the VR room, but that was not quite the case with the Ralph Breaks VR experience.  When you step into the room, it gave me the feel of a a pretty dull laser tag experience with the gray walls and sections you can’t quite see in its entirety.  You get geared with vests and virtual reality goggles…again, feeling pretty much like laser tag… and once you’re suited up, you’re directed 4 at a time into basically a cubicle space, with each of us standing in one of the corners facing each other.

Once the goggles come down, all of the fun begins.  It literally feels like you are transported in that moment to another universe! 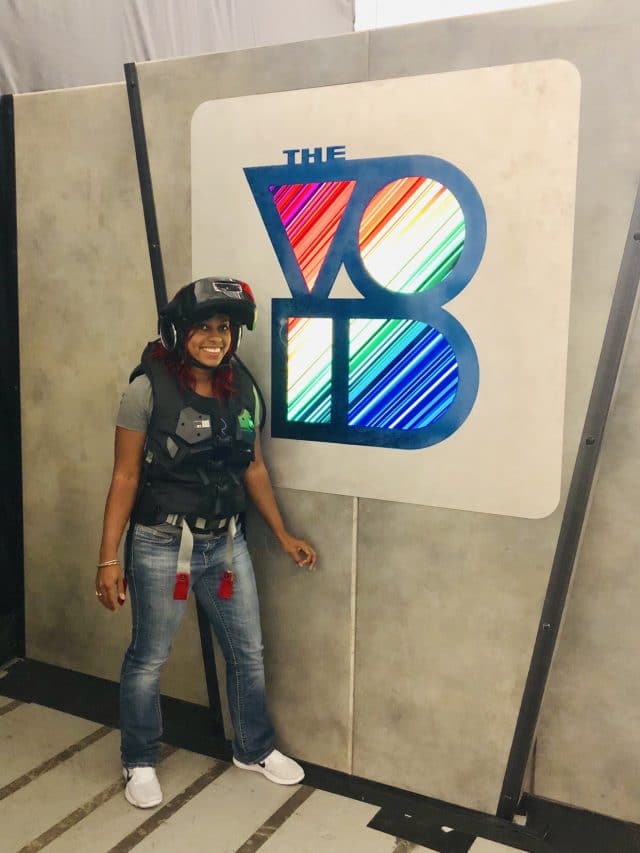 We start to actually see each other as the characters we’d selected, though all we could see on ourselves were very thin arms and a wrist watch that would later double as a scoreboard.  The adventure starts with a greeting from a full size Wreck it Ralph and Vanellope, as they proceed to guide us through a 12 minute immersion into the world wide web in a way you’ve never experienced it!

It can get a little tricky at times, though, especially during parts where you really believe you’re suspended in the air and thinking one misstep would plunge you to the ground. In reality, though, your feet have never left the ground.  Also in reality, although it felt like I’d just traveled light years away, you’ve really only walked a few feet from the starting point. The science geek in me had so many questions after the experience, while the adventure seeker in me just wants more!

Is it available to the public? Where to experience Ralph Breaks VR 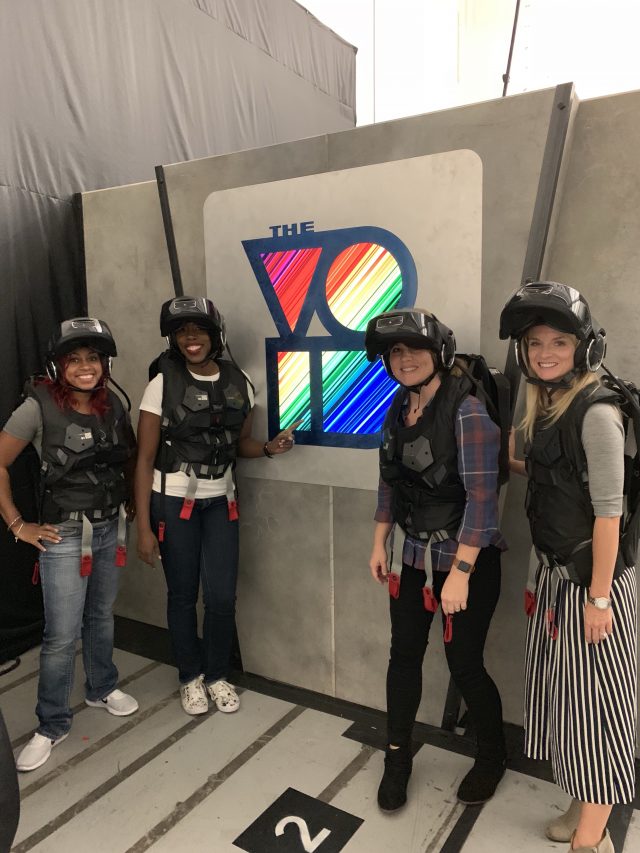 About The VOID VR

The critically-acclaimed global leader in immersive virtual experiences, The VOID experience centers have marked a new frontier in interactive entertainment. Combining state-of-the art VR technology, physical stages and multi-sensory effects, including touch and smell, with Hollywood characters and storylines, The VOID lets participants experience fully-immersive worlds that, until now, have only lived in the imagination. The VOID has eight experience centers globally, including five locations in the United States, two locations in Canada and one location in Dubai, U.A.E. For more information and to purchase tickets, visit www.thevoid.com and follow @voidvr onInstagram, Facebook and Twitter. 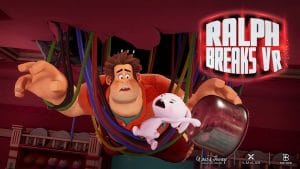 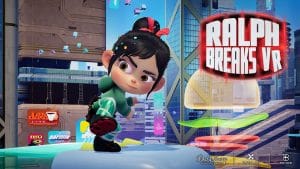 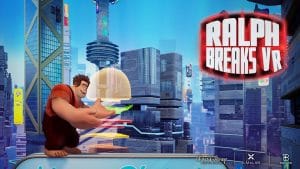 “Step Inside Our Stories”

ILMxLAB was launched by Lucasfilm in 2015 to embrace the next truly transformative opportunity in entertainment: immersive storytelling powered by real-time computer graphics. The award-winning team strives to transition from storytelling to storyliving by using VR, AR and other emerging technologies to bring worlds to life and establish deep and intimate connections to characters. ILMxLAB develops and publishes premium, story-based immersive entertainment experiences for the home, theatre and public venues. For more information, visit ILMxLAB.com and follow ILMxLAB on Facebook, Twitter, Instagram, and YouTube.

Ralph Breaks the Internet comes to theaters on November 21, 2018!

ABC's The Toy Box is my new obsession! Here's Why...
Storm Reid Cast as Meg Murry in Disney's A Wrinkle In Time!!
My 1st Red Carpet Premiere Experience #PetesDragonEvent
21 Old School Games to Teach the Kids During the Quarantine